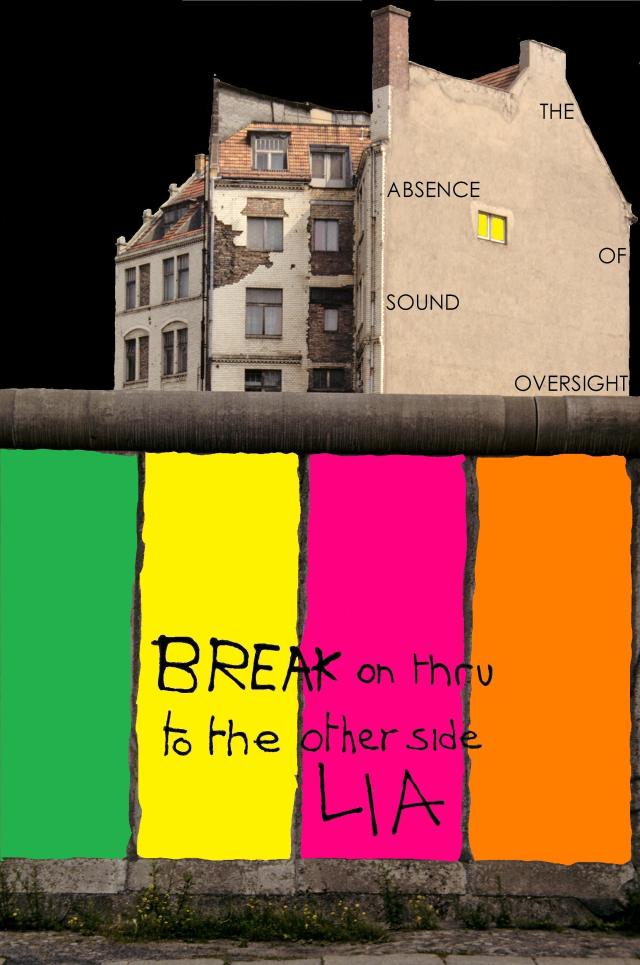 A message for workers in Wisconsin

The pic above seems more and more appropriate as the events in Wisconsin continue.  From a photo I took in Berlin, 1982. The wall. You could see the wall in Berlin back in those days.  The wall going up in this country is not visible now. But you can see how it will appear in the future by watching the news from Tunisia, Egypt, Libya and other countries.

Christ! That time has been here a long time!!!!

Events in Wisconsin invite comment. They turn my stomach.

I was a member of two unions. The first one was the Longshoreman’s Union. I was young and ignorant of the world (I had not yet gazed at sunsets over the Aegean), a dirt level laborer, shovel and wheelbarrow, earning wages. The work was brutal and dehumanizing. It was work with a message attached to it. Like a banner the company wanted to hang over your head wherever your shovel hit the dirt, and the words on the banner would say, WE OWN YOU!

But there was another message, and I carried that one in my wallet, and it said, NOBODY OWNS YOU. YOU ARE AN AMERICAN. YOU HAVE RIGHTS, AND WE WILL PROTECT THOSE RIGHTS. That was my union card.

You see, the company didn’t own me. They didn’t own me because our union wouldn’t let them own me. Because of the union, the company could employ me in a mutually bargained and contracted understanding of work, working conditions and wages for the work. That was the American way.

Years later (and many sunsets over the Aegean!) I was in another union. This was a teachers’ union. The California Teachers’ Union. CTA, long may it fight. My only regret about the teachers’ union is that I wish that it had the balls that the Longshoreman’s had. The testosterone.

I mean that literally. Here’s a stat that says a lot: about (slight variations depending upon a bunch of factors) 75% of ALL TEACHERS in America are women. It’s been that way for decades. Men don’t teach this country. Women teach this country.

Scumbag lawyer proposal being burned at a teachers' rally. Photo by wife.

Women teach this country, but they don’t wield the power in this country. In Wisconsin the Republicans are attacking the teachers’ union. They want to limit its right to bargain to wages alone. The police, firemen and State Patrol are exempted from the measure. Why the discrepancy?

Simple: most of the police, firemen and State Patrol are men, probably 80-90%. The teachers are women, about 75%. Go after them and their perceived weakness. Gender politics. Crush the women, in the name of cutting back.

Look closely at the words uttered by the Republican leaders in these states. If you understand anything about America and what it means (or used to mean) to be an American worker – one with rights acquired by tough sacrifices and hard work done by generations of American workers before you – then those words have to make you feel sad, and  should make you feel rage.   Ohio Republican Senate President Tom Niehaus, in a story filed by the Associated Press, is attributed with the idea that his state’s proposed legislation would allow governments more flexibility in dealing with their workers. (Italics mine).

I fear for the workers in Wisconsin. Their rights are under attack. If I lived there, I’d  move to America, if I could find it.